The meaning of the four elements comes from their close vicinity to us. Their transparency is connected to the amount of insight on a matter. Their stability is a symbol for their malleability. The huge amount of occurrences of the elements offer the possibility of a differentiated usage of their symbol qualities.

The earth is the area of the subconscious as well as the origin of all corporeal. Here lies the source of all that's visible surrounding us, regardless of whether it is alive or physical.

The deeper we dig our way down into the earth the deeper we dig down into our subconscious. Everything what lies in the earth (subconscious) is stiff and immutable. This also applies to psychic contents which firstly have to be brought up to the “daylight”. Then these contents have to be formed and afterwards they can be integrated. This means that only the conscious is able to transform and remodel. With the help of the conscious the ancient, invariable instinct can be purified and ennobled (socialized).

In the depth of the earth we also find everything of our past that is solidified.

The crystal is the completion of the earth like. It is neither nontransparent nor amorphous, but insightful and formed by inherent laws. The quality of a treasure is, not in vain, connected to crystals in our dreams. The crystal gives us the impression that it is build out of pure earth energy. Some shamanic groups literally believe that.

stone: a firm and lasting appearance of the earth 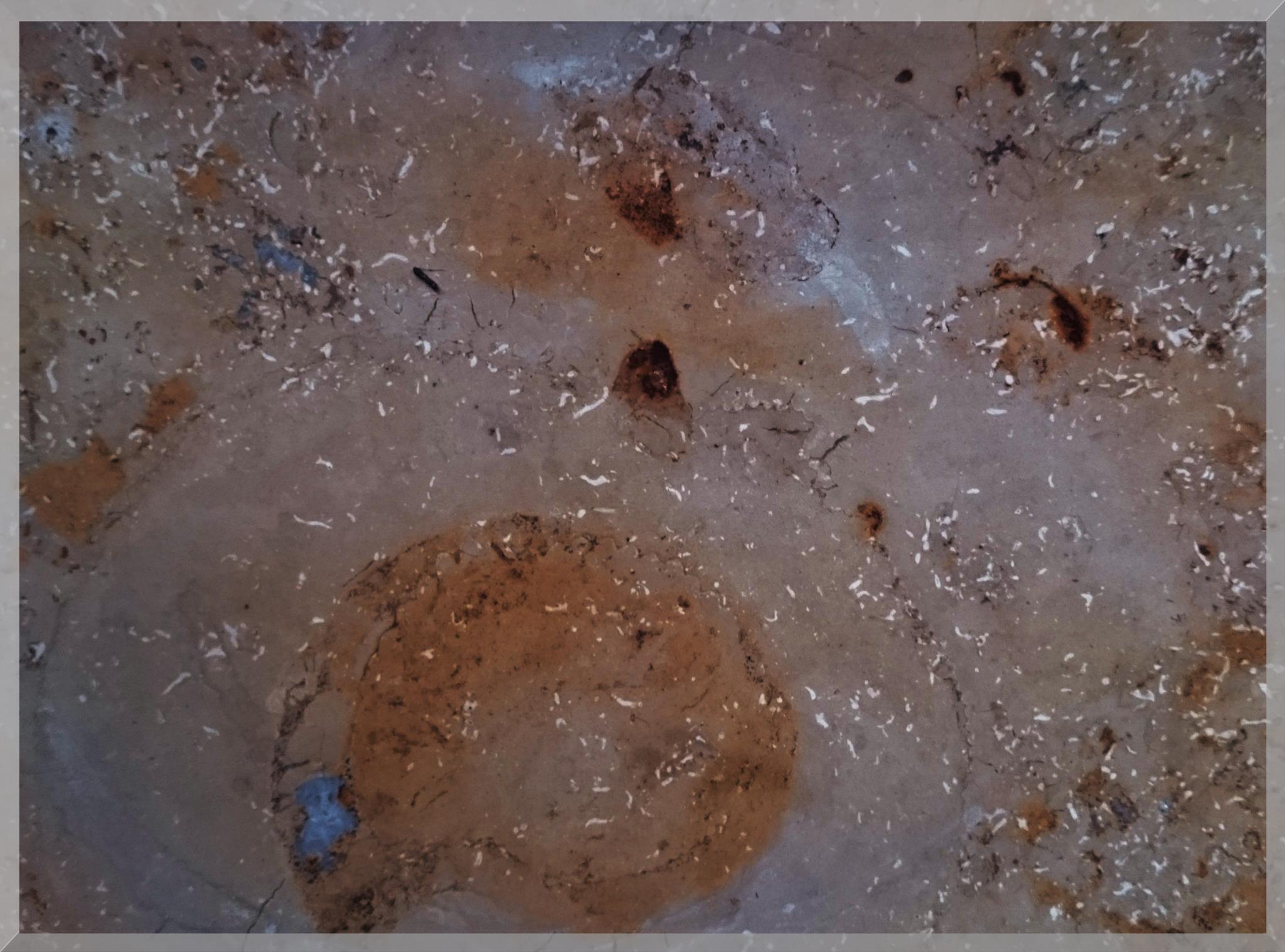 humus: top layer of the subconscious and already being transitioned to the conscious; animals which are assigned to the earth (snakes etc.) typify the dynamic (feel) aspects

earthwork: subconscious contents are brought up to the surface (conscious awareness)

treasure uplift: cognitive process; old experiences are being integrated and enrich us as life experience

grave discovery: nearly forgotten experiences or feelings are being remembered and get revived

burying something: an emotional content is repressed; It is also possible that a dispute is put to an end. This is no solution but reconciles differences (acute becomes latent).

cave: When the earth relinquishes its grip a cavity is being formed. It is still dark but accessible. The unconscious content is in the state of becoming conscious. Caves and grottoes are constructions of the nature and symbolize instinctive aspects. These are being integrated in the process of becoming conscious. The return to the earth strengthens the vitality of the human being. Thus a natural cave is the connection with the very basis. For that reason caves always played a big role in various religions and cultures.

basement, tomb, crypt: cavities made by mankind. Here we find symbols for experiences of the past which are not processed and somehow cast-off. These contents need integration and clarification.

petrification: emotional elements which are resting in the subconscious, currently they look towards their integration

Water is shimmering in its symbolic character and has different basic meanings (which are not contradictory):

On the path of spiritualization of the nature of the inner human, water is already less solid than earth. Therefore water is a substrate which conceals less than earth but more than air.

Its degree of purity can reach from very muddy to crystal clear. This makes water an indicator for the distance to the conscious awareness (symbolism: transparency = understanding). Through the depth of the water one can infer how deep the content lies. In the process of becoming consciously aware, diving expeditions or swimming into the depth are common dream symbols.

ocean depths: area of the unconscious

"I was on a beach with some of my friends and wanted to take a bath in the sea. I went into the water and when I looked down I saw that the water was really muddy. I wanted to see the seabed below me so I starred into the water. As I watched closer and more carefully, the water began clearing up. I saw little fish, colorful corals and various other sea creatures. A child came up to me and wanted me to help her searching for pearls. We both dived to the ground and looked for clams. I could breath under water and recognized everything easily. As we found clams we opened them carefully and collected the shimmering pearls." (Seth) 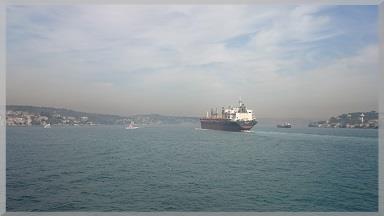 “I am on a plane and see a river below me. I see hills, mountains, valleys and many tributaries from which some flow through the river. The imprint of the silver blue water is obvious and I know that the river symbolizes my life which gets richer with every encounter. Every crossing with another river is an encounter. I can clearly see that sometimes a branch stream leaves the river.” (E.) 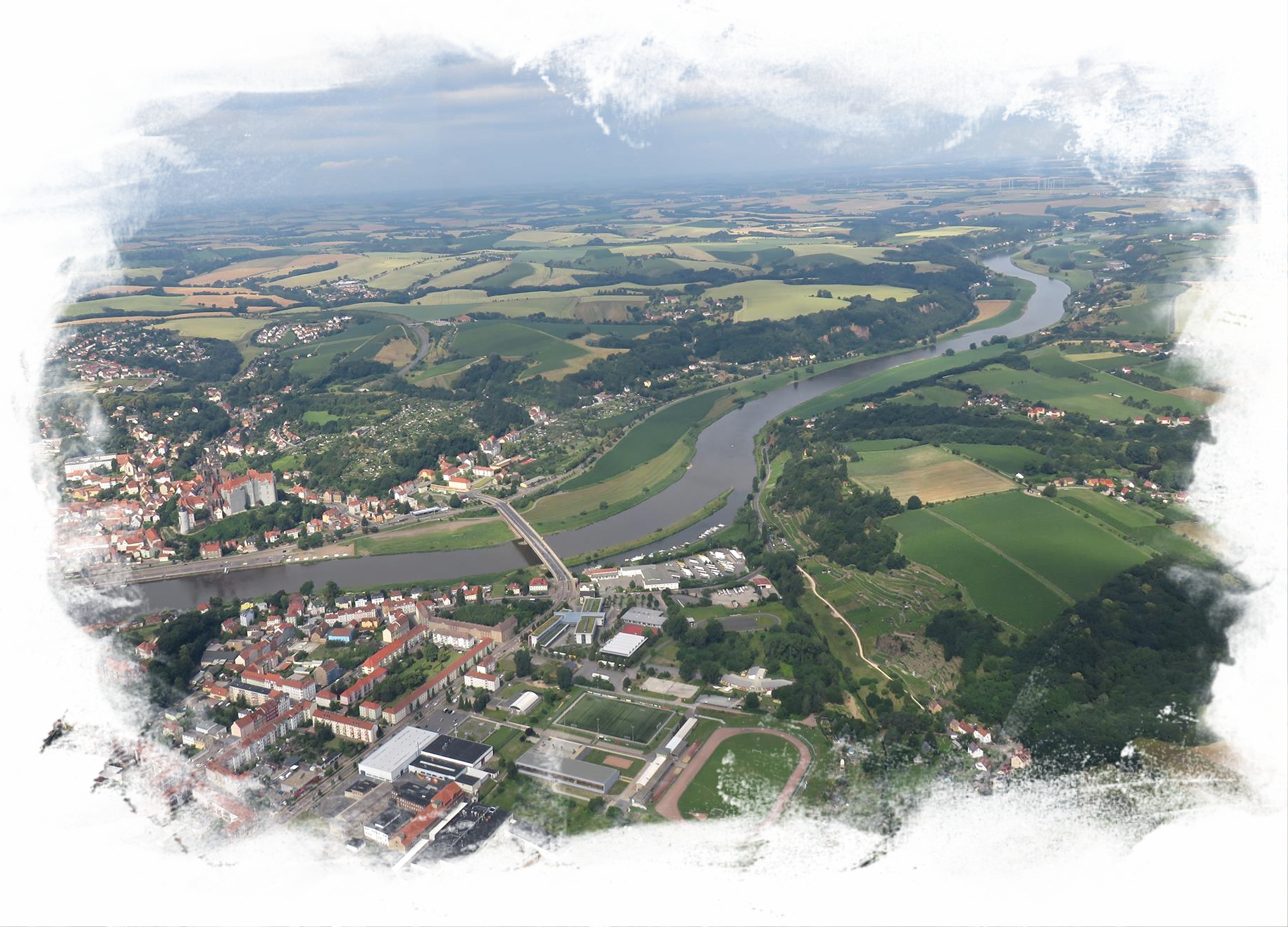 (In the evening I felt asleep depressed. I thought my life would take an unclear path, without sense and goal. I get pushed and have no power to direct my life. As I woke up I knew that the river is striving  towards its goal relentlessly. The image of the river was beautiful and made its way into my heart. The dream ended a month of constant crisis and I still feel energy streaming from the memory into myself.)

In both last cases the water is in the center of attention and an element that effects its environment decisively – flood, water, wither etc. 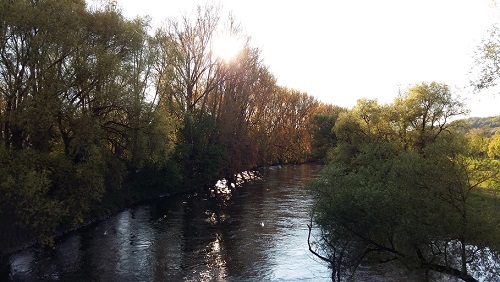 fountain: very dynamic (emotional) process of an invigoration from the depths of the subconscious

rain: falls from the sky = water of life (emotions) is being invigorated by the spirit (air, height) and falls down again to bring fertility to the earth. In dream life it symbolizes a form of transition and renewal.

thunderstorm: The thunderstorm unites rain, storm and lighting. The rainwater is assigned to the emotional sphere while the storm represents a strong intellectual motion. The lightning is the incoming of the intuitive sphere, a recognition and enlighten, which destroys the ancient order with its dangerous aspect. Thus the thunderstorm is an expression of an intense emotional or a mental riot.

fog: symbol of concealment, veiling, obscuring. Firstly, fog can represent the case in which the conscious cannot recognize things due to a veiling. Also the fog can be a threshold symbol. In this case the other sphere (sphere of consciousness like unconscious, conscious, netherworld, the beyond) is not recognizable but can be entered if one dares to. 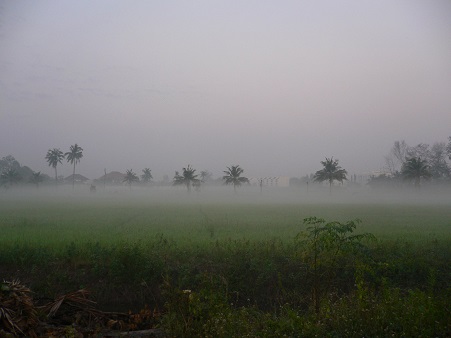 snow, ice: Bright white snow and ice are symbols for an intellectualized yin energy (ajna light). If ice and snow occur without this bright characteristics they indicate an frigidity or an emotional freezing. This is either our own frigidity or an aspect of another person. It is hard to distinguish a lack of emotion from repressed feelings which can both be symbolized by snow. Snow is not only cold but also able to cover up. The covering up (repression) can be the result of strong emotional distress and the result of a way of life that forbids any kind of self-actualization. Typically for me are snow dreams in which I am in a camp or in the company of my father (he was acting despotic). In the meantime I walk toilsome through the snow and barely move forward (symbol for the handicapped inner development in these days). Of course ice and snow in dreams can also be a result of the experiences of the past day. This applies to all symbols. 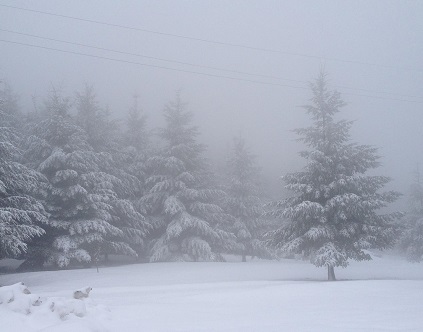 desert: The aridity can point to lack of emotion. The desert can also be a symbol for a all drying heat which is assigned to a surplus of yang energy (refer to acupuncture).

dried up river: (resp. pond) A dry river points to water shortage due to a lack of inflow. This means there is a lack of energy (not a surplus of heat like discussed for the desert). This energy shortage can point to a lack of sexual energy or insufficient vitality.

treasure uplift: (from the sea) This symbol often occurs in psychoanalysis when a problem is about to be solved. (For example see “ocean depths”)

“I went to Spain with my brother. We went diving and discovered at a depth of 3000 m an important locality. We found books that came from the library of Alexandria. They were all sintered by magnesium or mangan which led them to being unharmed.
Now we try to salvage them. We light up the locality with a bright headlight. With the help of a deep sea hoover we bring the books to the surface. Due to the air and the bright sunlight, the seaweed already begins to grow and will eventually damage the treasure. We have to do something about it.” (T.)

At the first glance, one might say that the sphere of air is a rarity in dreams. In reality our whole everyday life is assigned to the air. Even if we cannot fly like birds, we are surrounded by the air and breath it. Thus, the air matches our normal area of life and our common consciousness.

Air as an element represents the thinking and the intellect.

wind: The wind shows a certain dynamic and is a symbol for a current, intensive mental motion. Old things are being questioned and new contents become important. It is beneficial to keep the inner balance in these days. The capsizing of a boot (on which we are) is a warning of losing the inner balance. A lose of balance is expressed through highly emotional, chaotic and threatening dreams.

rainbow: A rainbow connects heaven (light) and earth, as much as air and water. In its harmonic combining of all four elements, the rainbow symbolizes union and perfection. This can also apply to a single aspect or content.

bird: Birds are animals that can lift off the surface and are capable of mediating between cosmic spheres and our area of life. They can be compared to angels (= human with wings) f.e. who are representatives of the heavenly spheres.

feather: Part of the bird symbolism. 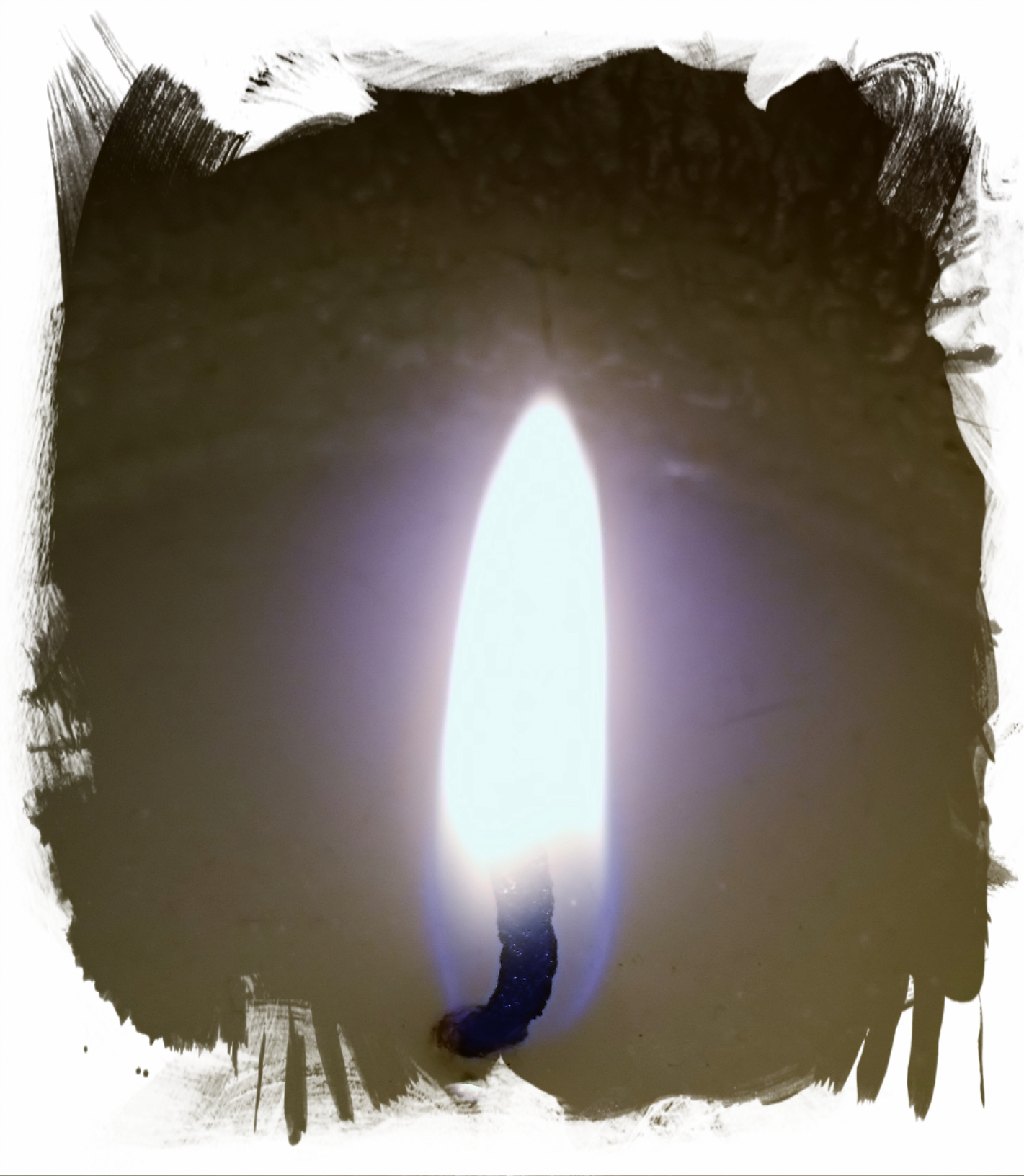 In the field of alchemy the fire is the fourth element. It was used to inflame and capable of initiating different transformation processes. But even in alchemy the cosmic principle was symbolized by sun, moon and stars.

In common dreams the high cosmic principles manifest as bright sun and moon dreams seldomly. Sometimes, as a result of light meditation or light visualization, these rare dreams occur. Sun dreams often go hand in hand with an euphoric emotionalism and are mostly lucid.

If fire does not occur as a threatening heat symbol, it can be assigned to the light symbolism. Fire transforms old burden into light and air. This means the contents become conscious and can be integrated into the personality as precious experiences.